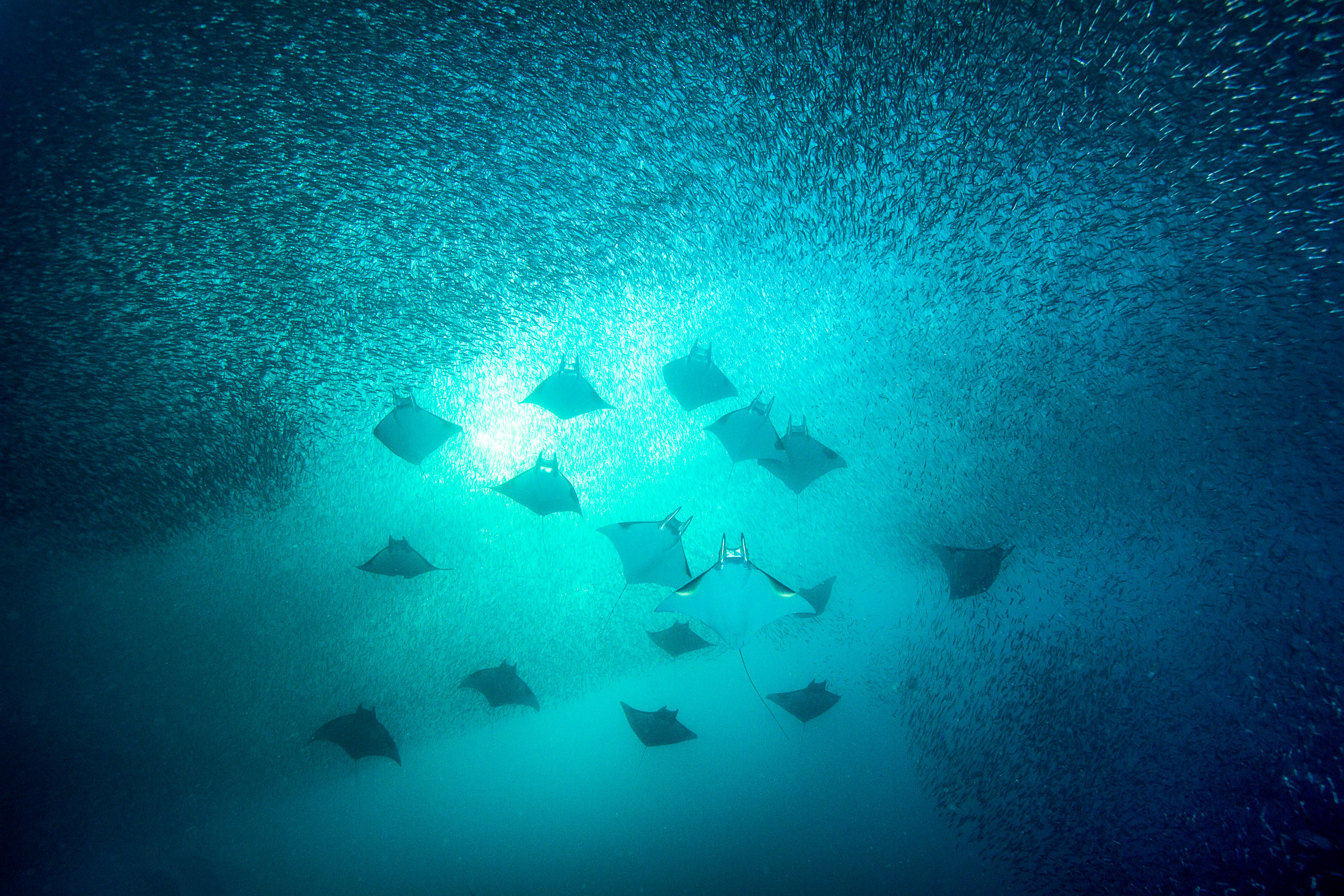 Mobulas and silversides! That was the name of the game for our back-to-back trips to Raja Ampat aboard the Dewi Nusantara this October and November. Each year large shoals of baitfish move in and amongst the karst islets of Raja Ampat and with them come large aggregations of mobula rays. We were lucky to be fairly early in the aggregations as predators seem to cull down their numbers quite quickly. Even over the three weeks that we were there we noticed significantly fewer baitfish by the end of the second trip. The mobula rays seemed most concentrated in the Frondi region of Misool. On our first trip there were occasions where the baitfish were so thick they would blot out the sun and cause fits of vertigo as they swarmed around you in midwater before suddenly changing direction at a perceived threat. In addition to the amazing schools of fish themselves, they also enhanced photo of the already spectacular Raja Ampat reefs by creating nice mid and backgrounds. Even setups we had shot several time before became entirely different looking. One spot that was particularly thick with baitfish was Four Kings in Misool.

With so much action we were hard pressed to leave and see what was happening farther north but did spend some time and of course had to visit Mioskon for our wetsuit beach parties!