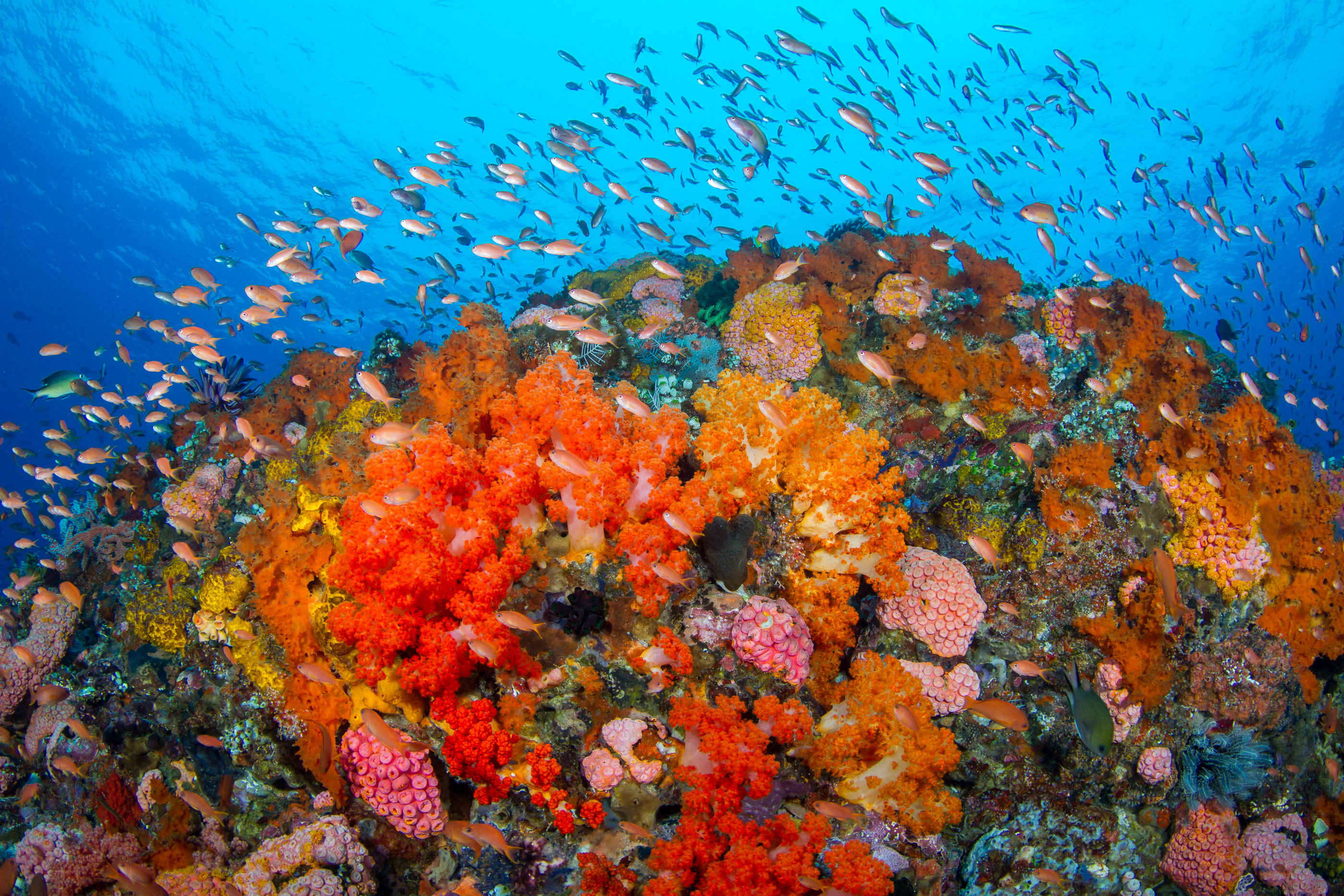 Komodo is a whole other animal in January, pardon the pun. Since the park is bordered on the south by the Indian Ocean and the Pacific on the north it always offers two unique types of diving environments. Generally the north is warm and blue while the southern Indian section is cooler with reduced visibility. In the summer months (it’s southern hemisphere) that swaps. Although it is not always a total swap it is often more common to have clear blue water in the south while the north can be greener with slightly cooler temperatures. This means blue water on some of the most iconic dive sites such as Cannibal Rock and Yellow Wall of Texas, sites that are commonly associated with cooler green water. This doesn’t mean that the northern sites are not dividable, it just means they will look a bit different than you might be used to… Macro is still prolific throughout the park including frogfish and some of our favorite nudis. This coming October we’ll be heading to the Maldives for some Hanifaru Bay manta ray madness but we’ll be back to Komodo aboard the Indo Siren in September of 2013!

Thanks to our awesome guests and the stellar crew of the Damai for a truly fantastic Komodo expedition!