The LSD Ultimate is the latest Light Shaping Device on offer from Retra UWT out of Slovenia.  The LSD addresses a common problem in underwater photography of how to use lighting to break a subject away from its surroundings.  Snoots are nothing new, having been used in studio photography for decades and more recently finding a resurgence in the underwater community.  The Retra LSD, and other light shaping devices, help highlight the subject by focusing an otherwise wide strobe beam to a narrower, more concentrated beam. 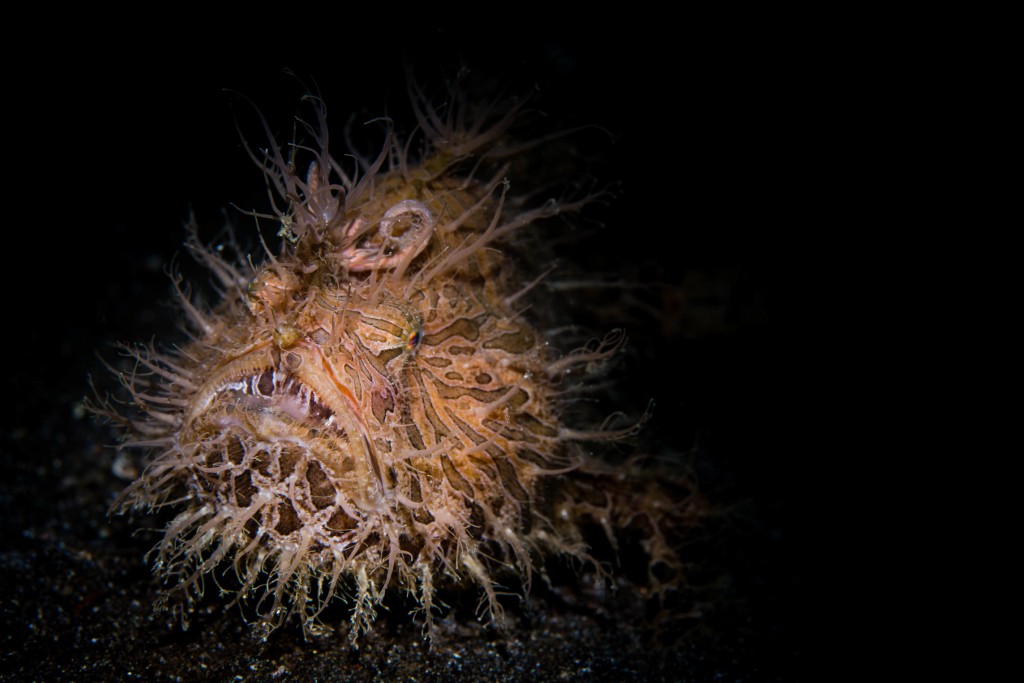 The LSD differs from most other snoots in that it can create a variety of light shapes by inserting a set of templates that create various shapes and also in its inclusion of light concentrating optics.  Priced at €300 it comes in at the higher end of underwater snoots.

This is the second model of Retra LSD we have used and the Retra team have taken into account feedback from the previous models and incorporated them into the new Ultimate model.  Where the previous model featured a clear mounting module that was oftentimes distracting on night dives and caused some loss of light, the Ultimate has an opaque mounting module that seals in the light. 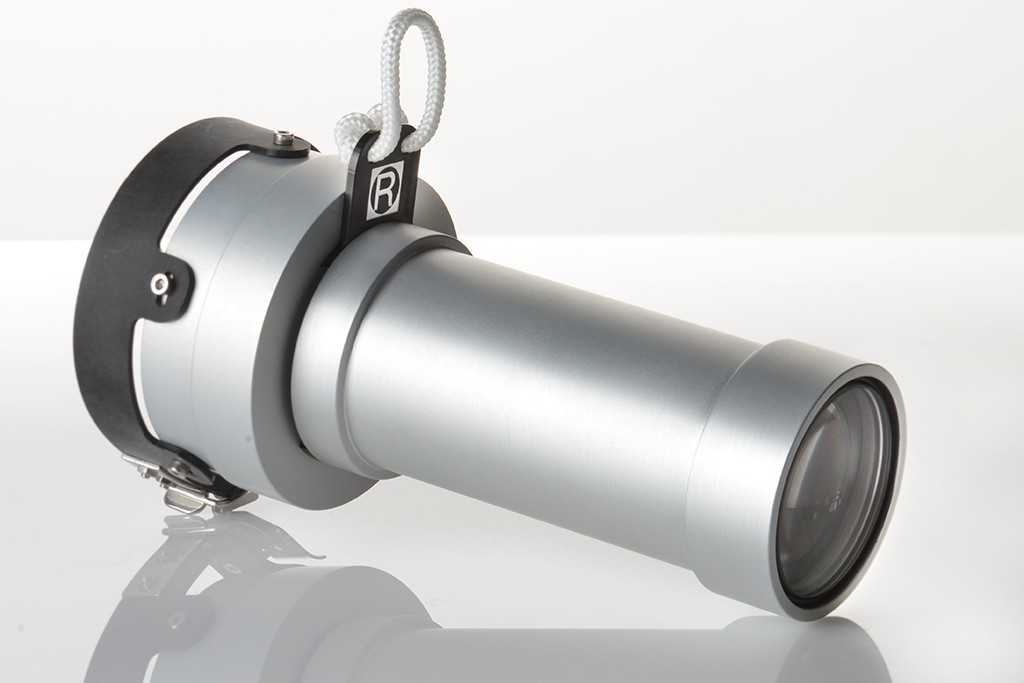 The manufacturing and finish on the Ultimate are excellent and the fit is perfect, at least on the Sea & Sea YS-250 and Inon Z240 that we tested.  Changing out the mounting module and mounting band are both easy to do with an allen wrench or open end wrenches respectively and allow the same LSD to be used on a variety of strobes so long as you purchase the correct modules which can be purchased separately. 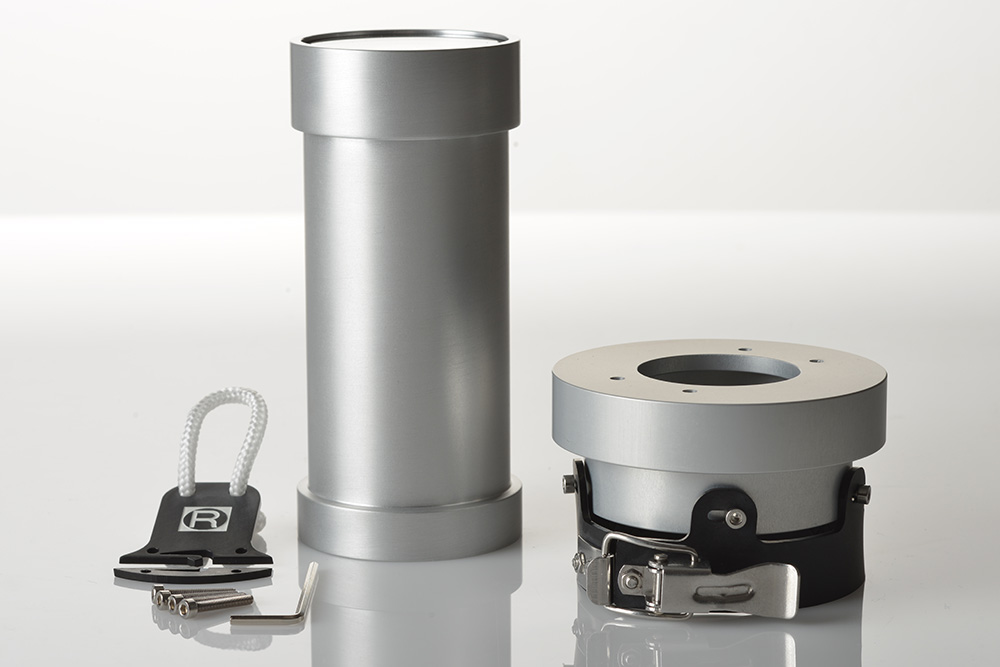 The Ultimate comes with several light templates, called masks, that can be used to shape the light even further than the default concentrated round beam to various diameter circles and even square. 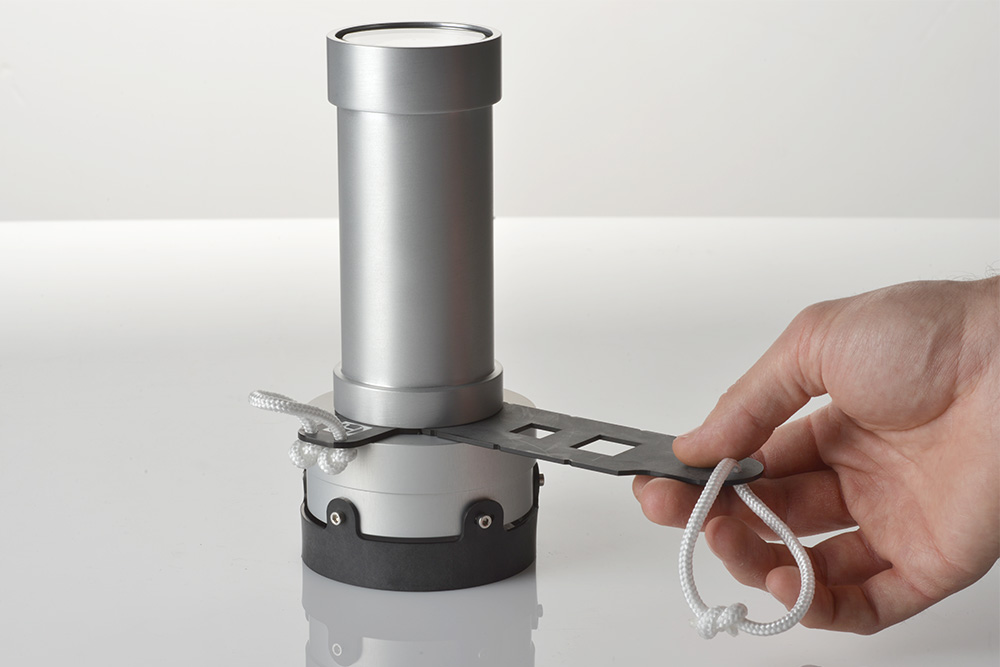 The mounting module has a loop that we attach to a carabiner for easy carrying underwater when not in use. 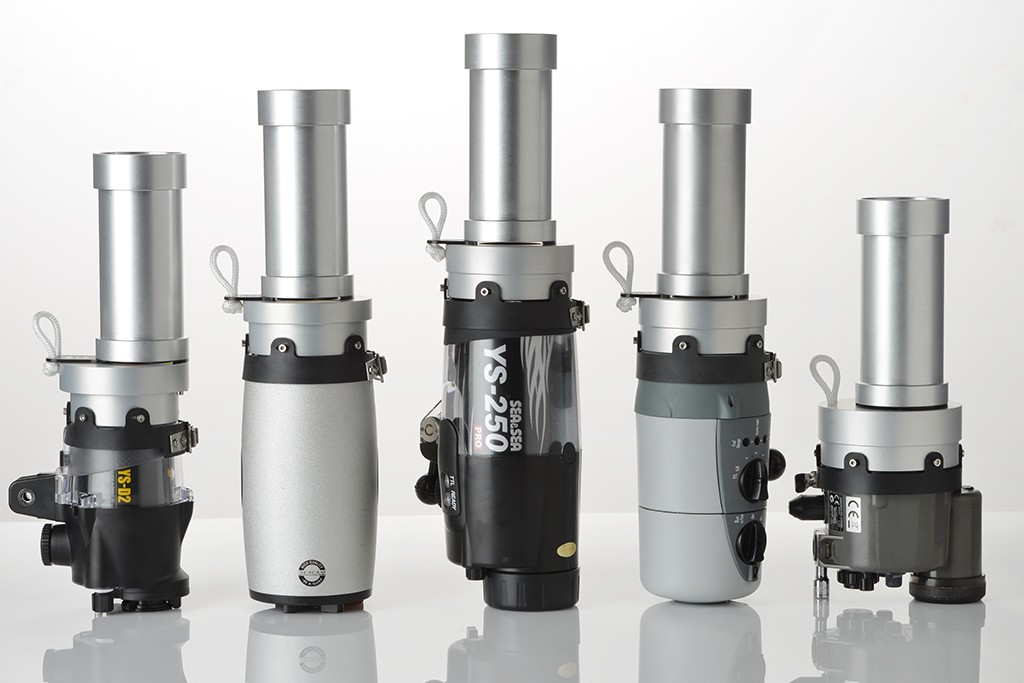 We took the Retra LSD Ultimate with us to macro mecca of Lembeh Strait and put it through the paces.

The beam is clean without hot spots or clipping.  Even without using the masks, simply moving the LSD closer or further away from the subject gave excellent beam diameter control.  The masks do make it easier for super-macro allowing for extremely concentrated beam angles.  To get a softer edge simply use a mask and pull the strobe back.  This does cut light output but gives a more blended appearance.

Being slightly negatively buoyant meant it was easy to install/remove from the strobe underwater allowing you to set it aside in the sand if necessary without it floating away (just don’t forget to pick it back up again).

The masks come in a variety of shapes and sizes and can produce different effects:

The strobe’s built-in focus light can assist with aiming as it also passes through the LSD optics and for super macro can give a good representation of the resulting beam diameter, especially useful when using the masks.  This worked especially well on the Sea & Sea YS-250.  When using the LSD on a Inon strobe a different diffuser is provided to help adjust for the focus light being off-center.

The LSD is long.  At almost 21cm from the base of the mounting module to the end of the body it can be a challenge to maneuver, especially for very small subjects.  Because this creates a rather long lever arm, small movements of the strobe can result in large movements of the resulting beam making super macro shots a challenge.  This can be overcome by taking the strobe off-camera and either placing the strobe on a tripod or having an assistant or guide hold the strobe. 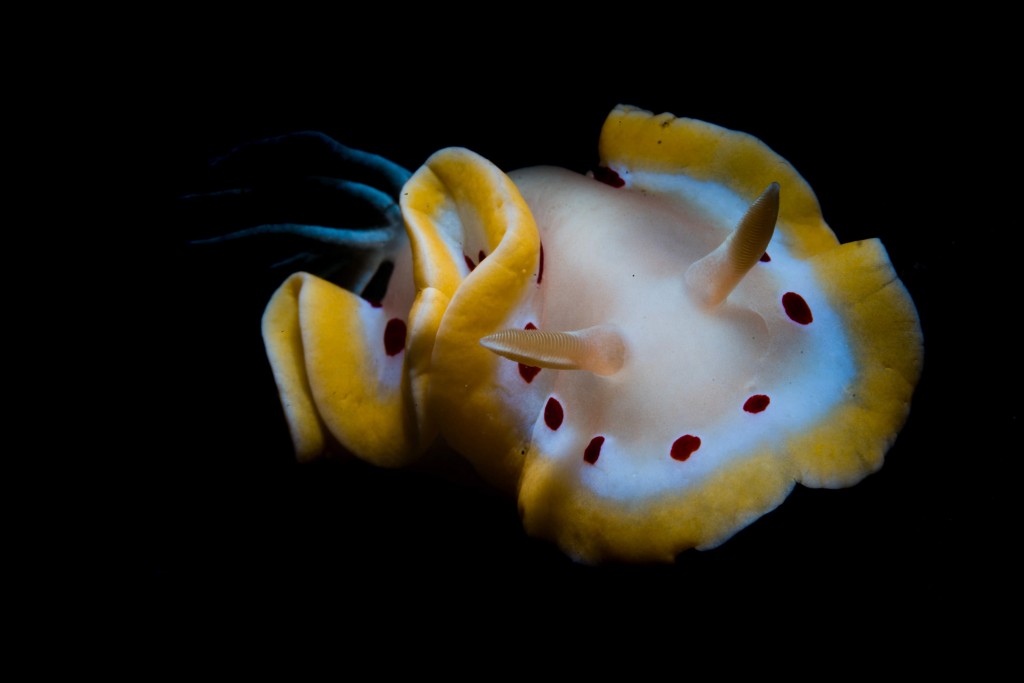 When using the Inon Z240 strobe, the main body of the LSD which contains the optics is offset slightly to accommodate for the strobe’s focus light, which is off center.  This allows for the focus light to pass through and help aim the strobe.  The problem is that the light from the flashes is somewhat reduced in power and angled slightly when it emerges.  We were able to correct this by adjusting our technique but was a bit frustrating at first.  This was not an issue with the YS-250. 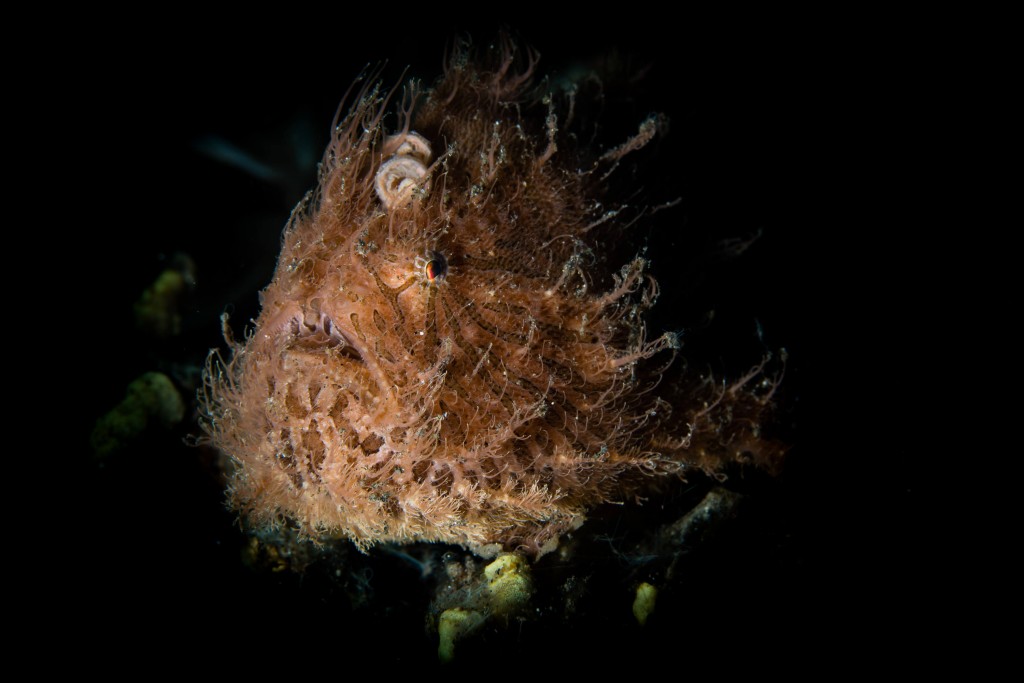 One of the mounting bands broke due to poor handling.  Luckily we had a spare but as this is a critical piece and the only real part that can be damaged (it is well built, that is not the issue) we would suggest purchasing an extra, they are available for only €25.

Not the fault of the Retra but the strobes themselves, the weak built-in focus lights, although adequate at night, are difficult to use to aim the strobe during the daytime.

The Retra LSD is a capable Light Shaping Device and a great tool for those interested in creative lighting.  As with any type of non traditional photo techniques the ratio of failure to success (and frustration to satisfaction) is pretty big but when the results are good, they’re usually really good.  The LSD is definitely a great, well constructed tool and gives those shooters willing to take the time the ability to create unique images and has definitely replaced our homemade snoots as our tool of choice! 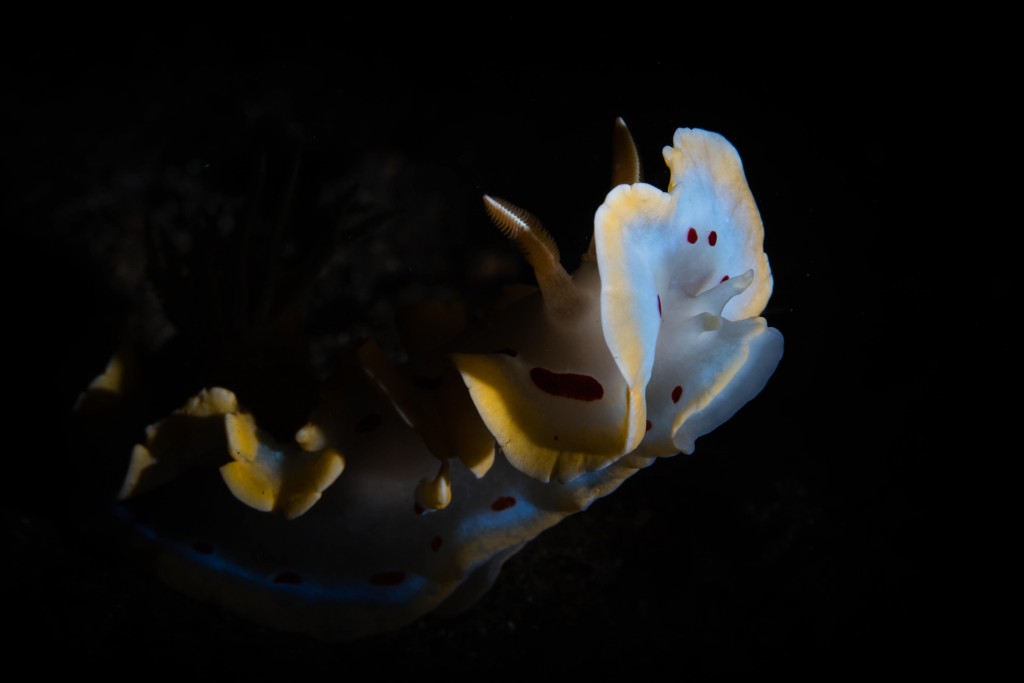