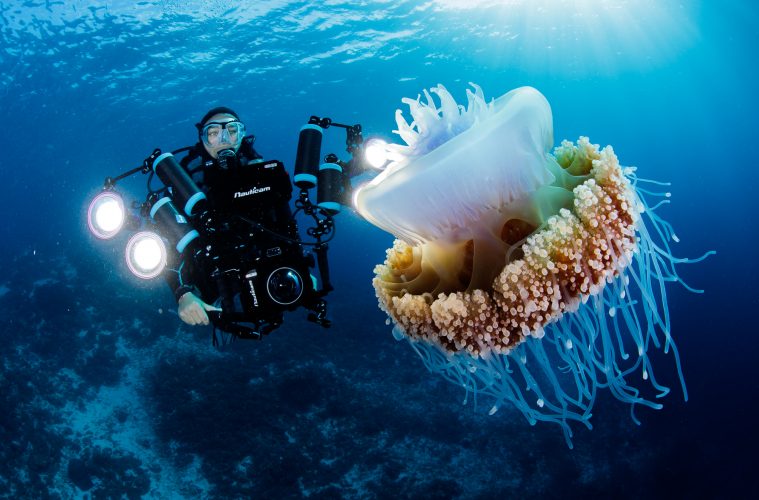 Komodo with the Panasonic GH5

For this test we took the new Nauticam NA-GH5 for a quick 8-day trip to Komodo in Indonesia. Komodo is a great test bed for gear as it has both stunning wide angle reefscapes, big animal action with resident manta rays, incredible macro and a variety of shooting conditions as it straddles the Indian and Pacific Oceans.

In the video we included shots from the beautiful clear warm waters of the Pacific as well as the nutrient rich greener waters of the Indian.

In addition to the rock-steady stabilization, the camera allows you to store up to four custom white balances. The white balance command is easy to operate inside the housing with a thumb lever on the right hand side. Setting the white balance is a breeze and the resulting value can actually be modified using the temperature/hue matrix. This makes it simple to switch between various ambient white balance settings for different depths and a mixed ambient/LED white balance.

All the necessary exposure controls are accessible without taking your hands off the handles, from aperture to shutter speed and ISO.  When the camera is set to the dedicated video recording mode the trigger will also function as a record button.

For this test we used the optional NA-502 housing for the smallHD 502 monitor. This allows a video feed over HDMI from the camera via a specialized bulkhead connector. The camera is able to output signal to both the monitor and the camera’s LCD or EVF meaning you can recheck that critical focus by taking a quick look through the EVF without having to push any buttons. The camera also features a very customizable focus peaking overlay that was not distracting and entirely usable.

The GH5 is truly a master of highlights. With some of the less than ideal, overcast days we had the camera was still able to allow sufficient scene exposure without blowing the highlights at the surface. Using the in-camera histogram to prevent clipping ensures you’ll still have detail in those bright and dark areas.  Sun rays were also rendered beautifully. 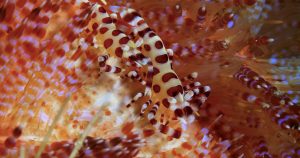 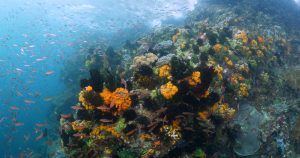 Even with grey skies the camera holds highlights 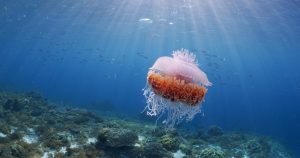 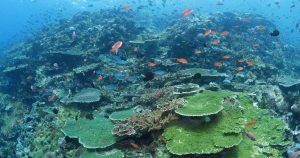 When paired with the Panasonic 8mm Fisheye lens and either the Zen 100mm or Nauticam 140mm glass dome ports the GH5 produces extremely sharp results. We assigned the focus activation to only be triggered by the AF/AE-lock button and would leave the focus locked while shooting due to the poor visibility which can often cause autofocus to choose a floating piece of reef-goo instead of the subject.

For macro the 60mm is an incredibly fast-focusing lens. When shooting the video you can take advantage of the Extended Tele Conversion feature. By mapping this control to one of the function keys you get a 1.4X zoom without loss of quality when shooting 4K/C4K or an incredible 2.7x when shooting FHD!  This works in wide-angle as well turning that 8mm into a zoomable fisheye.

Having shot video with everything ranging from a GoPro to a RED Weapon I can honestly say that the GH5 is a definite game changer and a serious tool for even professional underwater shooters.

Note: to take full advantage of the camera’s abilities you must use a UHS-II SD card. Older cards will not support the higher quality recording options.