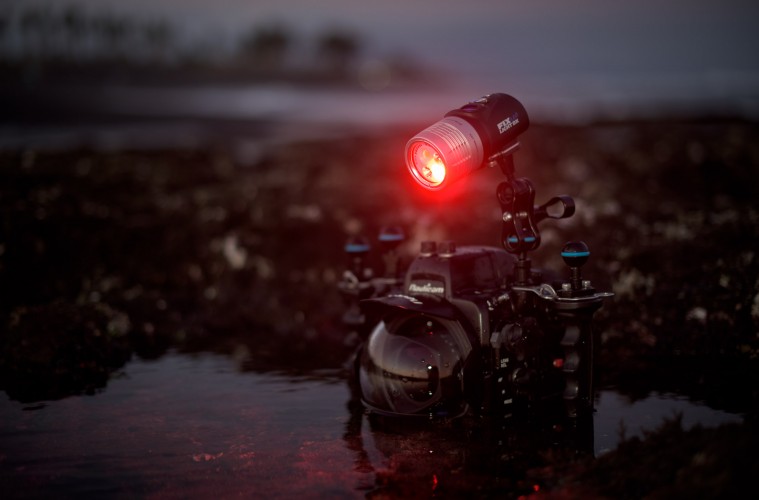 The FIX Neo 1500DX SWR is the latest offering from the Japanese light manufacturer Fisheye.  The light is built on the standard Neo DX body which houses the battery, controls and charging mechanism to which various light heads can be attached.  The flexibility of the Neo system comes from the ability to change light heads, in this case the 1500DX SWR LED while using the same batteries, charger, mounts, and so forth.

The light comes in a solid foam-lined package that ensures it arrives safe and sound.  Below the light you’ll find a gaggle of accessories that allow the FIX to be mounted to just about anything including a pistol grip that is provided.  There is even a plug to protect the brass charging contacts from corrosion, a spare o-ring, o-ring removal tool and grease. 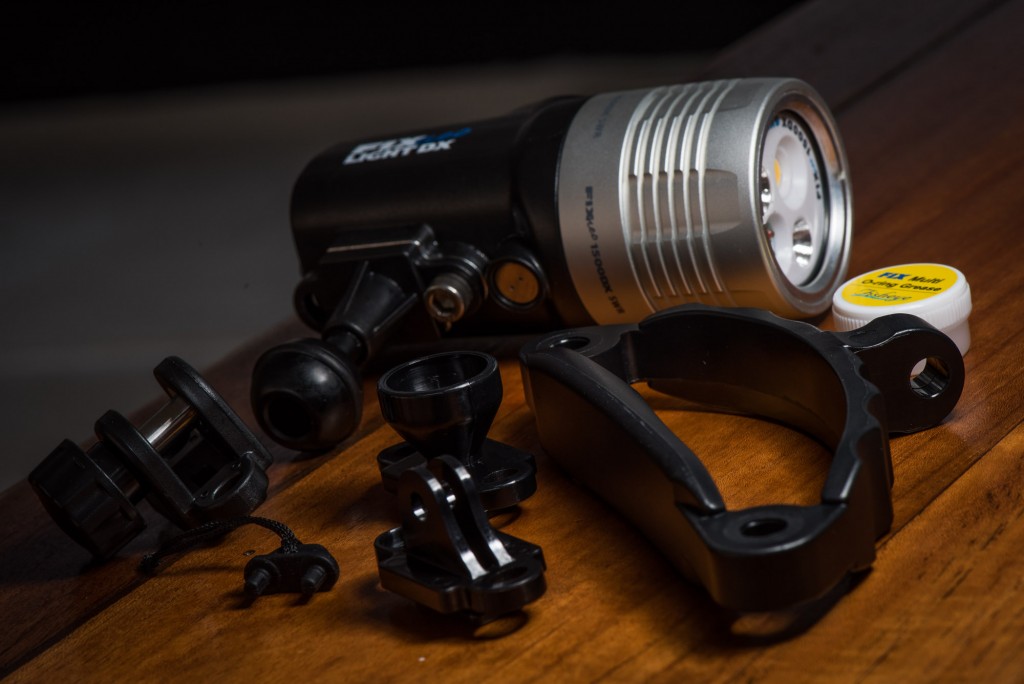 For the purposes of this review the light was mounted to a Nauticam NAD810 housing using the supplied Ultralight mounting ball.  The light also comes with mounts for Loc-Line, Sea & Sea YS, and GoPro mounting systems and a pistol grip/goodman handle and a wrist lanyard. 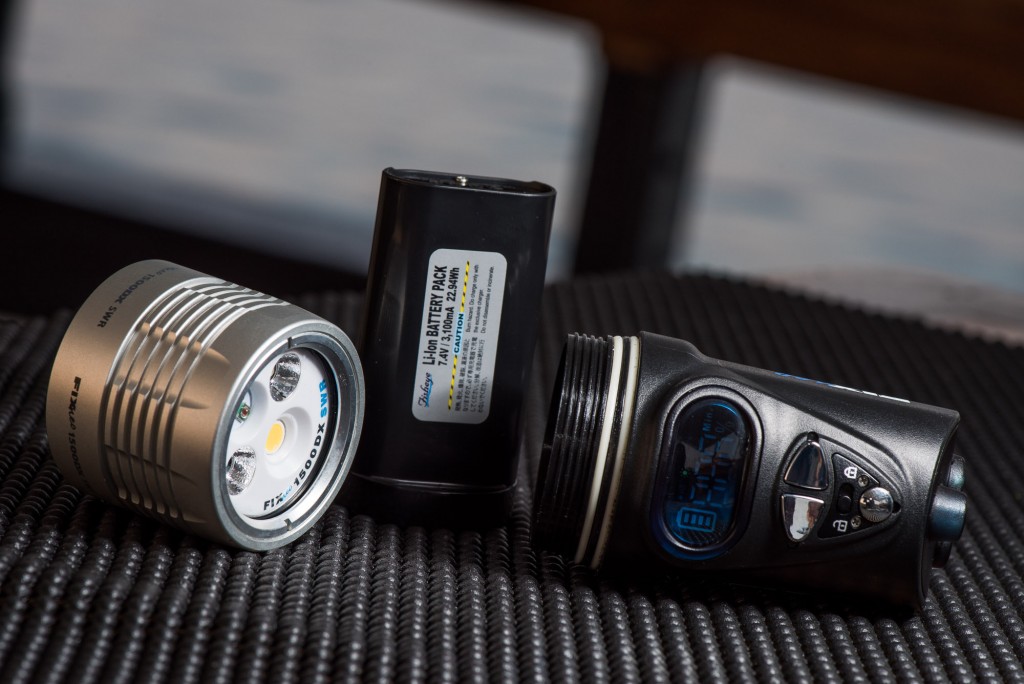 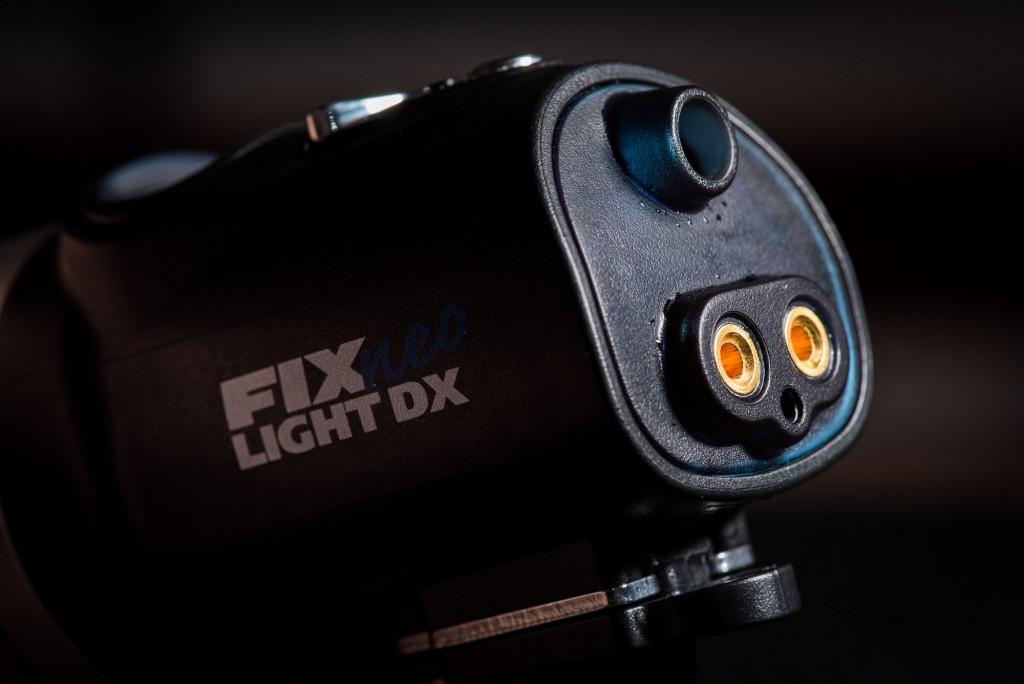 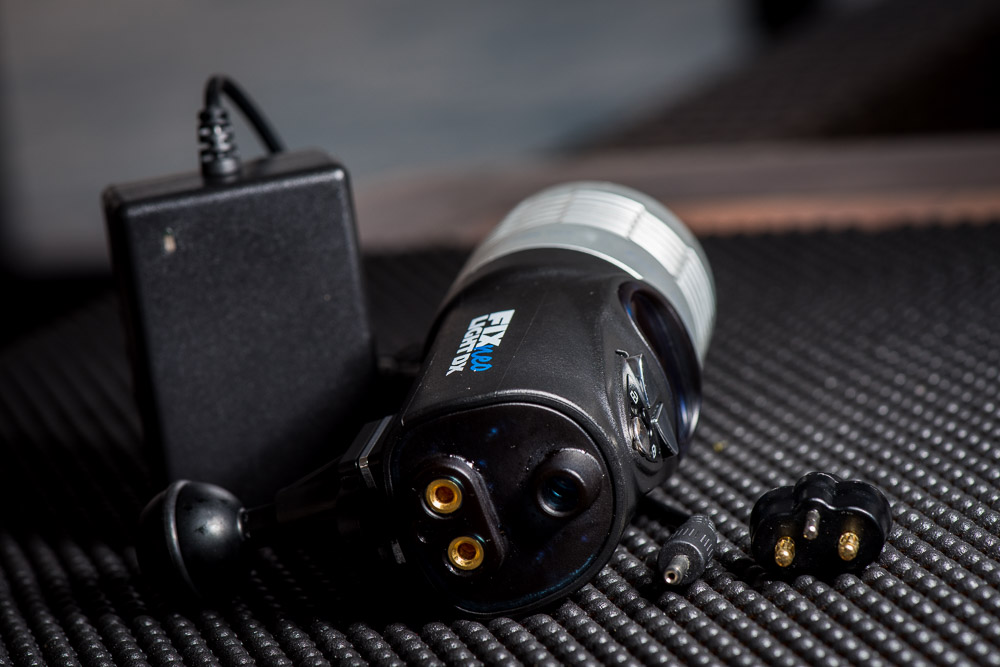 Several light modes are available and each pattern/color is adjustable from 1-100%.  The light controls are stainless buttons located on the plastic body portion of the light and feature an LCD screen that gives both the light mode and power level, switching to the remaining battery life in minutes after a short delay when power or mode is changed.  The screen is easy to read in any light and is an unobtrusive but bright blue color. 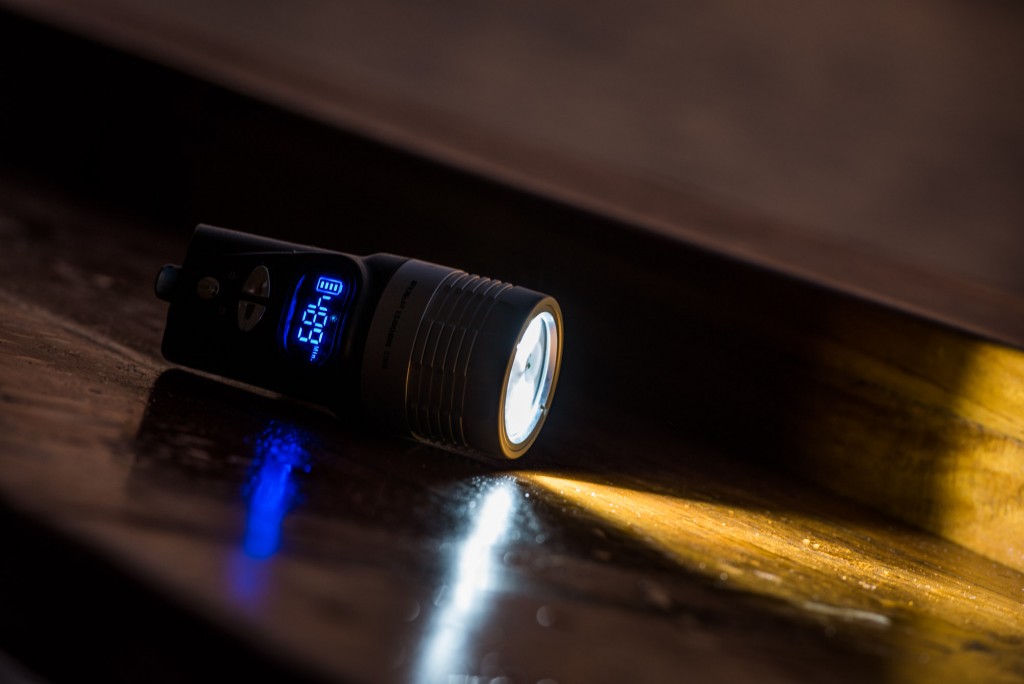 There are three push buttons, one that acts as both the power button and the main mode selector.  By pressing and holding the main button it cycles the light between the ON/Spot -> Wide -> OFF modes.  Short presses of the button in any mode will change the power level in increments of 25%.  The light remembers what power each mode was used on and when switching modes it uses the last value as it’s initial power level.  So if you were using the Spot mode on 38% and the Wide mode at 65% as you cycle through these modes it will come on at that power, even after turning the light off. 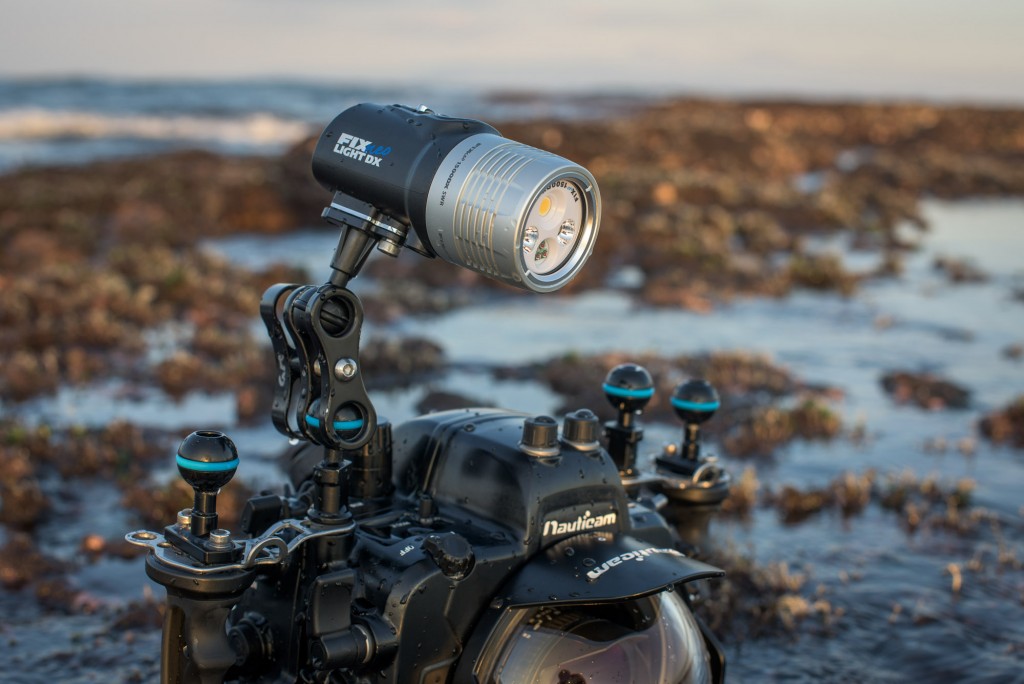 There are two other buttons that allow the power level to be adjusted by 1% increments.  You can either press and hold to quickly change the power level or push it repeatedly to adjust by 1% levels. 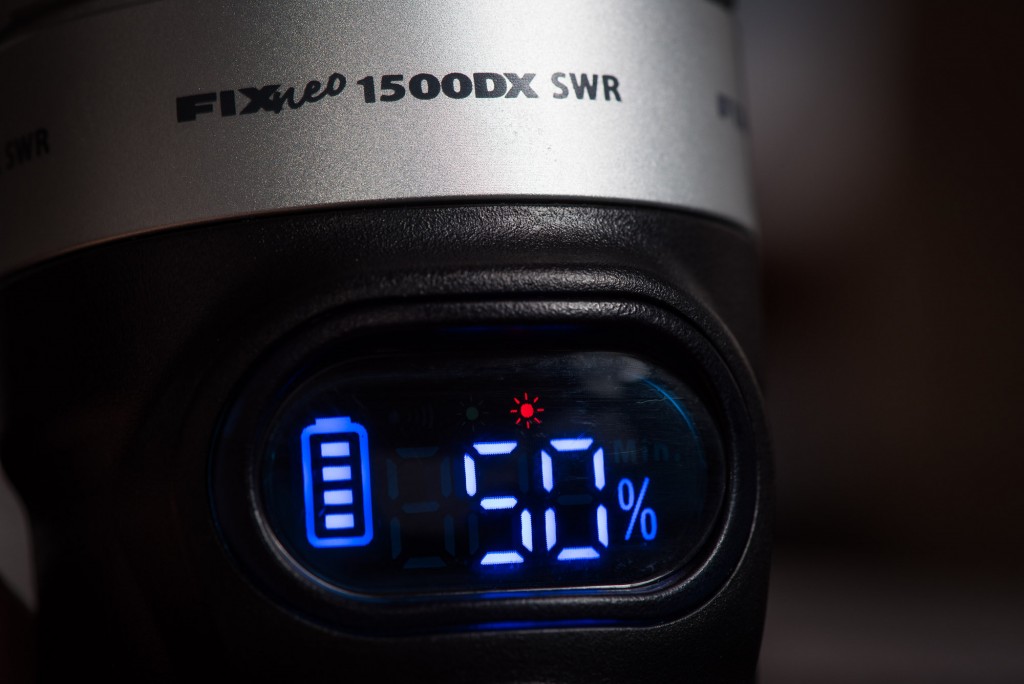 To activate the Red Wide mode the left power adjustment button must be pushed simultaneously as the main mode button.  Although not terribly convenient, the removal of the red mode from the main light cycle is a marked improvement for usability over the original FIX Neo lights. By pressing the right adjustment button and the main button activates the emergency strobe mode.

The Red mode is really a special mode and having an extra step to access it is not a real world issue.  We have found that on a dive we normally cycle only between spot mode for finding subjects to wide mode for focus while shooting the subject.  The red mode is normally used for skittish cephalopods or Mandarin Fish and can still be easily accessed when necessary but not having to cycle through it every time you want to switch between Spot and Wide was a welcome change. 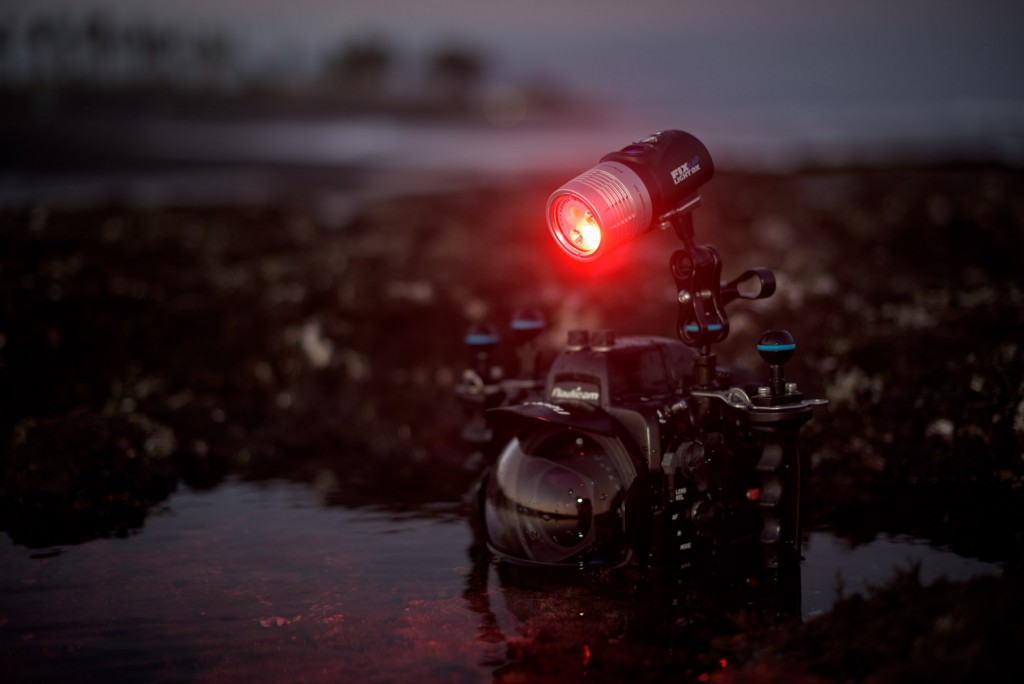 The light is also equipped with a positive lock mechanism just under the main button.  This allows the light to be easily but surely locked to prevent accidental activation. 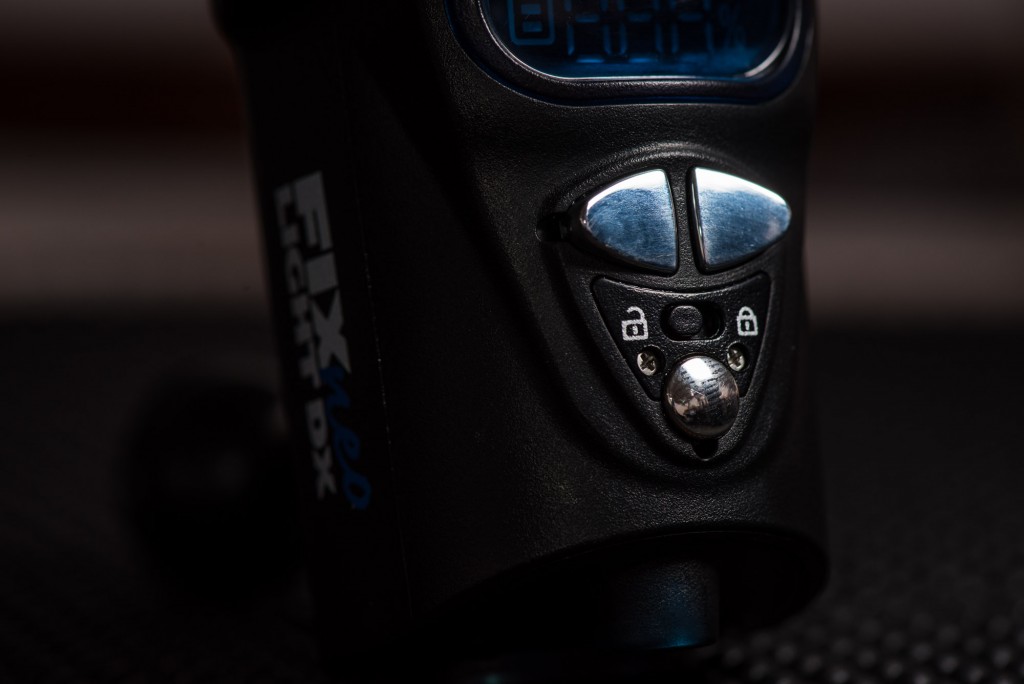 Having extensively used Light & Motion Solas, GoBe, iDiveSite, and other FIX lights while working in Indonesia for the last decade we have quite a bit of experience to draw on when evaluating focus lights.  Our previous FIX Neo 2000DX was a powerful, functional, and reliable light.  The new 1500DX is no different in any of those categories but with some useful changes make it even better.

We tested this light on a recent liveaboard trip to Komodo in Indonesia which has an excellent variety of macro and wide angle sites in both good and bad visibility as well as some colder water that behooves wearing gloves.  Although less powerful than our previous FIX 2000DX lighthead we find that 1500DX SWR is more than enough for the light to function as both a spotting or focus light but not enough to function as an effective SLR or MFT video light.  We rarely found ourselves going past 50% on the power settings in the spot mode and 75% on the wide mode.  On night dives 25% or less was more than satisfactory. 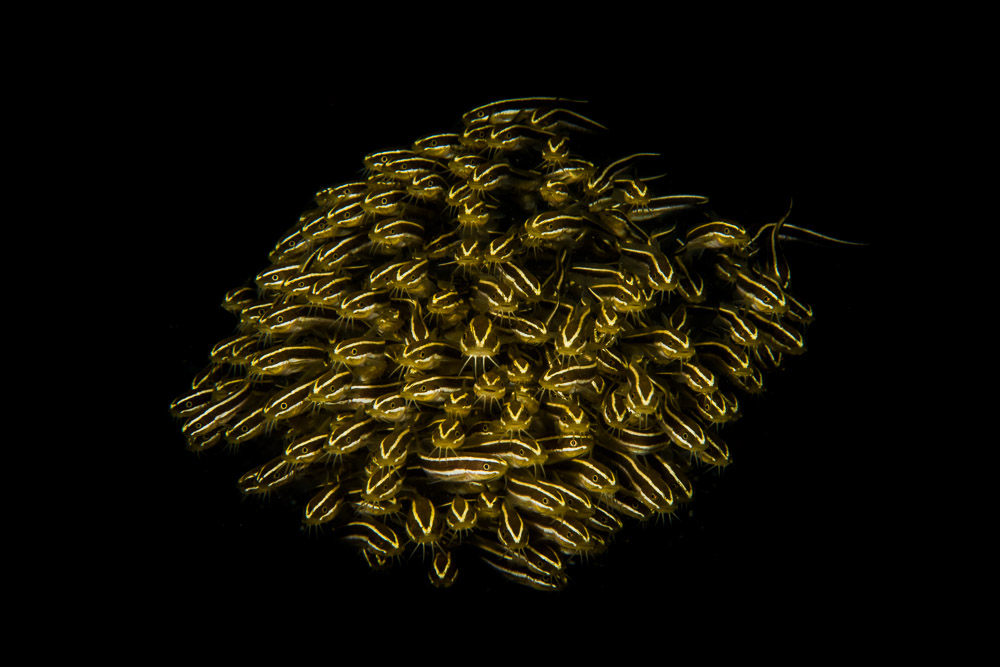 The battery life is more than enough to do entire day without charging assuming the light is used at less than 50%.  Some charging before the night dive would be prudent.  Using Lithium batteries means the light is happiest on the charger and can be charged anytime and doesn’t need to be completely drained and recharged. 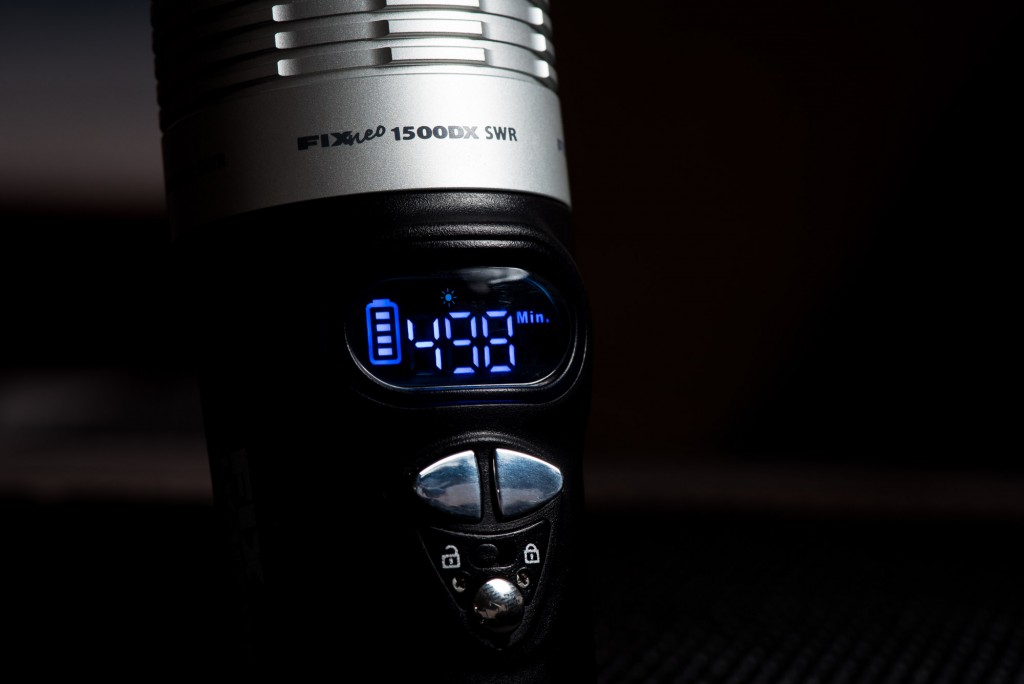 The spot beam is especially nice compared to other manufacturers spot modes in that it actually is more of a combination spot/flood with some peripheral light that helps prevent the tunnel vision that some lights cause on night dives yet the central spot is still powerful and crisp.

The wide beam is large and even allowing you to focus on both medium and close subjects without having to adjust the position of the light each time.  We had the light mounted on a short 4” ultralight arm to allow some better articulation around our strobes.

Cycling between ‘spot’ and ‘wide’ modes without having to pass over ‘red’ was a welcome change as is the light’s ability to remember what power level was previously used in each mode.  If quick power changes were needed the main button is easy to find even in the dark. 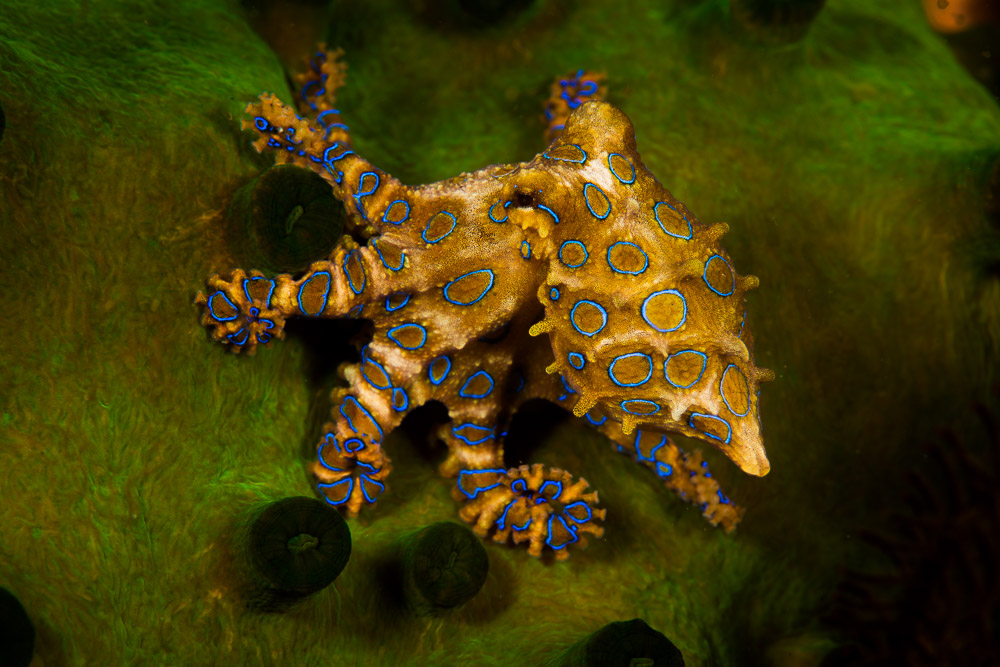 During several dives we wore gloves and still found the light easy to operate.  Without gloves we were able to engage the red mode by bridging both buttons with our thumb (we use the light in an upside down orientation to more easily access the buttons with our thumbs) but with gloves we had to use two hands.  Not a big deal again as the red mode is rarely used as switching from spot to wide is a constant necessity. 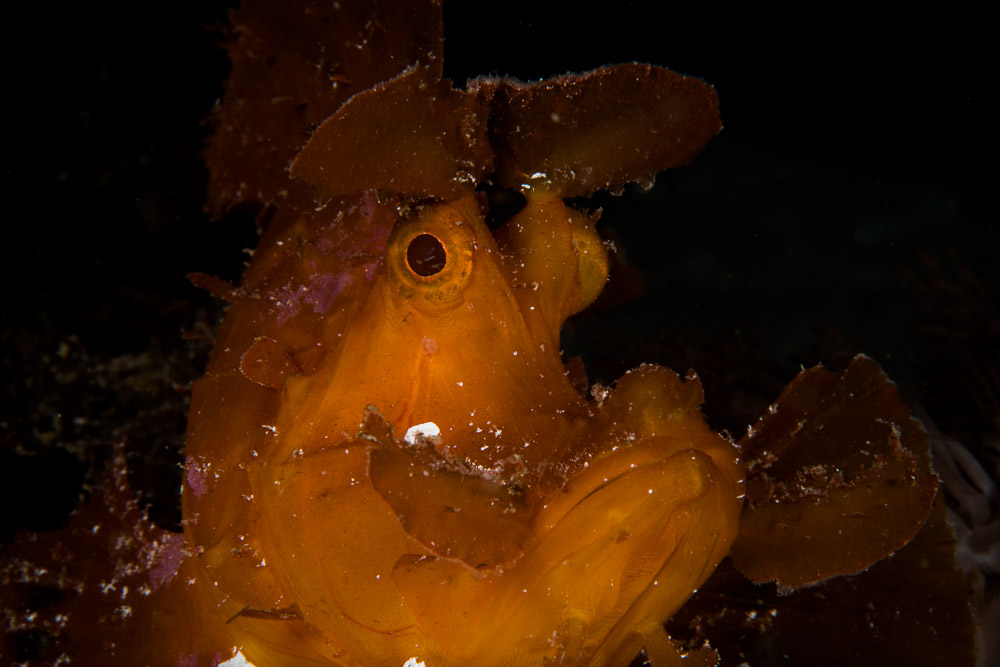 Visibility was less than ideal in Horseshoe Bay forcing us to use a focus light for wide angle.  The 1500DX SWR was a good performer but the power level needed to run about 75-100% to be really effective but there was never a lack of effective illumination for focusing. 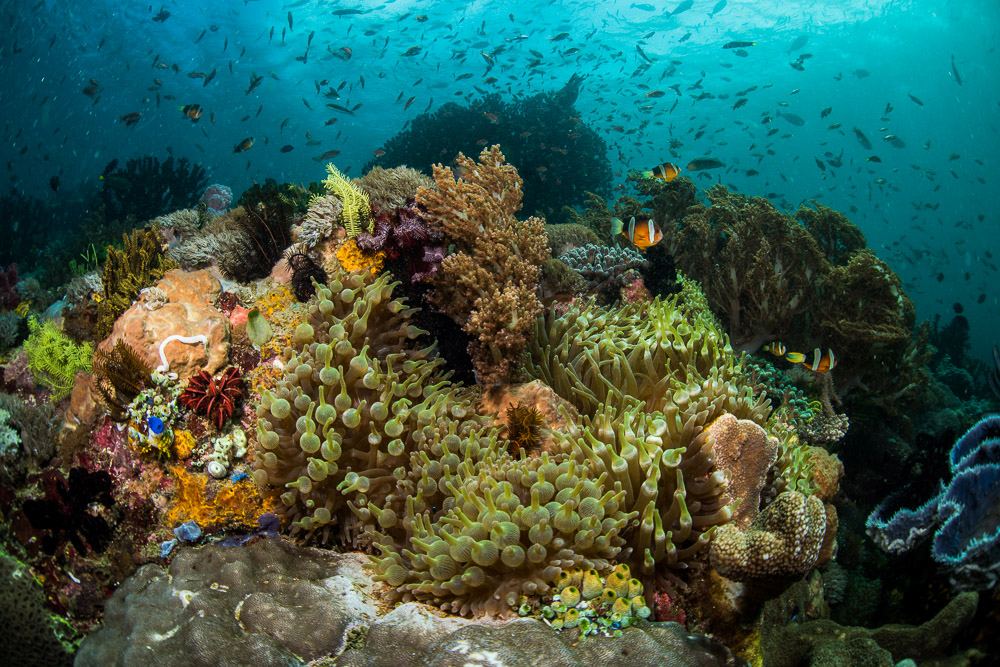 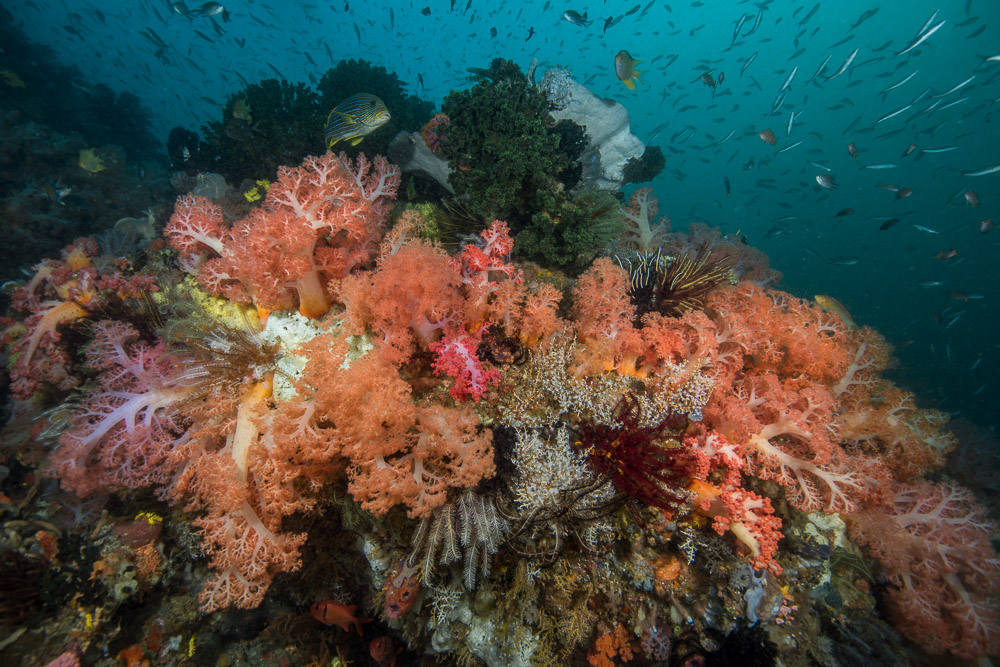 The FIX Neo 1500DX SWR is a capable, functional, well thought out and user friendly spotting and focus light.  The removal of the red mode from the main mode cycle which allows for quick spot/wide cycling in addition to the power setting memory & dual charging capabilities set it apart from other focus lights in the same category.